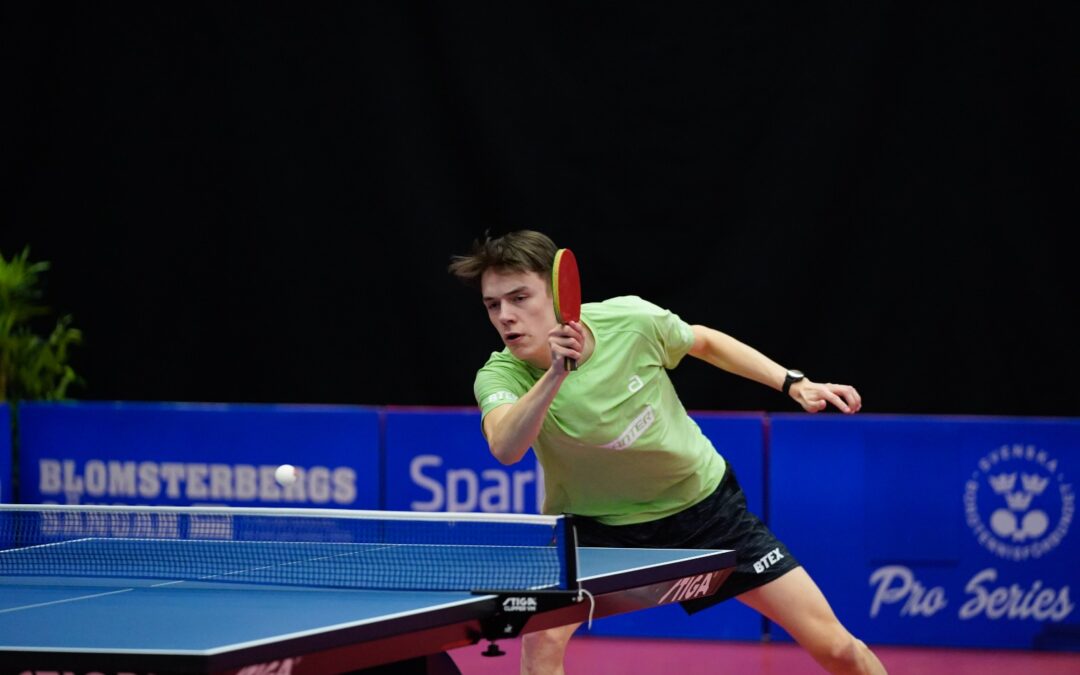 Once agian we are back in Eslöv for another Pro Series. This time is time for the men again and we have an exiting lineup with many new players. Only player to have played before is dane Thor Christensen the rest are new faces to learn to know.

Harald Andersson and Anthony Tran both plays for Spårvägens BTK in Swedish top tier leage Pingisligan by STIGA and their team won the league and the were eliminated in the semfinals, but still a great season for them. Tobias Rasmussen the most experienced player in a national team with five years of championships, 6 years as a pro and also becoming a national champion ( in singles 2017

Som more players are less experienced from international tournements and will have their chance here to show their skills. Looking forward to see Kindblad, Buch, Christensen, Dorr and Serra.

All games are broadcasted LIVE on Swedish Television and world wide via other third hand parties.